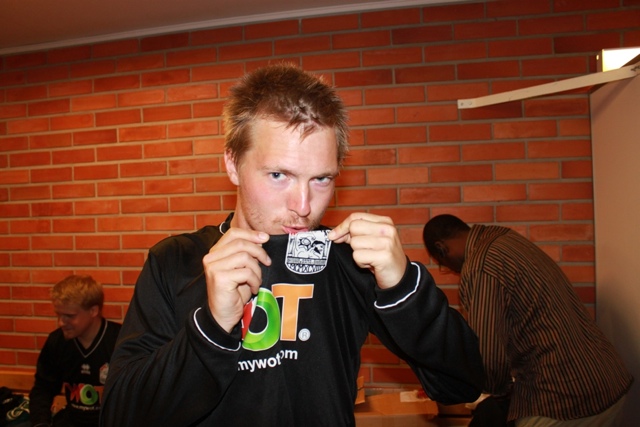 Thursday evening saw a calm spring day at Heinäpää where JS Hercules met FC Oulun Pallo for the first time this season. The omens were not good for the hosts who were missing several of their first team players with injuries and illness and had just played in a disappointing defeat to FC Muurola at the weekend. However, two new Herkku players had their debuts in the game with Kelechi Uchechukwu and Arttu Pehkonen both playing.

The game started in bright fashion for Hercules, when after a few opening exchanges in the 7th  minute Kelechi played a ball for Tommi Päkkilä to run through and put the ball past Sarkkinen. Surprised by this turn of events OPA who were chasing FC Kemi at the top of the table started to move the ball around the pitch, but failed to create penetrating attacks against the Hercules defence. The first half finished in similar fashion, with OPA moving the ball about in the middle of the park and Hercules dropping back in organized fashion. Surprisingly, the visitors did not play with an urgency of a team behind and needing to get a result to keep their promotion chances good with Kemi six points ahead at the top.

Second half saw OPA with a number of attacking corners and set pieces which were their most dangerous weapon on the day, but it was Antti Karjaluoto who could have put the game to rest with a rare free kick from 25 meters that struck the foot of the post and rolled out. OPA too tested the woodwork in second half as the substitute Obodo curled one off the crossbar late in the game. As the clock ticked on, Hercules dropped even deeper and OPA was allowed to play in almost entirely in the opposition half. This could have turned differently on another day, but on this occasion the Herkku defence stood firm and held the result at 1-0 to the final whistle! Post-game, Hercules coach Ari Koski was happy with his side's performance and disciplined tactical play which was necessitated by the injury crisis of Hercules.

After five games, Hercules is now firmly in the mid-table with fine results against the top teams in the division, but with two disappointing defeats to the bottom two teams. Herkku has saved their best performances against these teams and has in fact taken all their points against sides above them. The challenge for the future is to start picking up points against the rest of the teams as well. Fortunately the team now has a few days' rest before the next game against Tervarit (Wednesday 6th of June at Heinäpää) and can recover some of the injury situation. Here's how the divisional table looks after Thursday's game