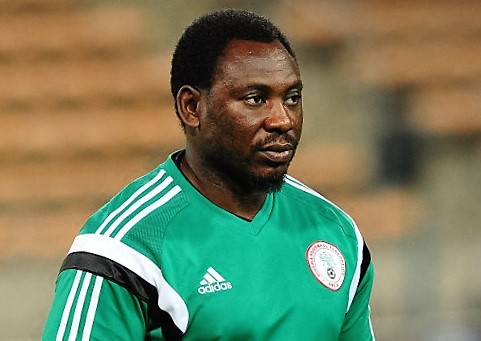 Hercules are an ambitious, community-based and internationally-minded young club in Oulu, northern Finland, just 200km south of the Arctic Circle.

“We are proud to work with him, as even in Finland Amokachi is well-known. He will bring new insight to our team because he has seen it all during his career,“ says Hercules chairman, Juho Syrjä.

Newly-promoted Hercules have four months of pre-season training before their 2nd division debut. Their part-time players are used to temperatures of -25 at this time of year, whereas in Amokachi’s hometown of Kaduna the average January temperature is 27 degrees above zero.

“It is certainly an adventure and a big change for me,” says Amokachi. “I take this is a great challenge. The team is young and passionate. I’m looking forward to working with them.” he continues.

Not just a coach

Amokachi represented his country at the 1994 and 1998 World Cups and won Olympic gold for Nigeria in Atlanta 1996. He also scored the first ever goal in the history of the Champions League, for Club Brugge against CSKA Moskow in 1992. After his playing career Amokachi got his coaching badges in the Netherlands and has since been coaching in Nigeria.

JS Hercules has agreed several projects that will allow fans inside and outside Finland to follow Daniel’s progress as he leads our first team. We and our media partners will reveal more about these projects in due course, but for now the best way to keep in touch with Daniel and JS Hercules is via our official social media channels.