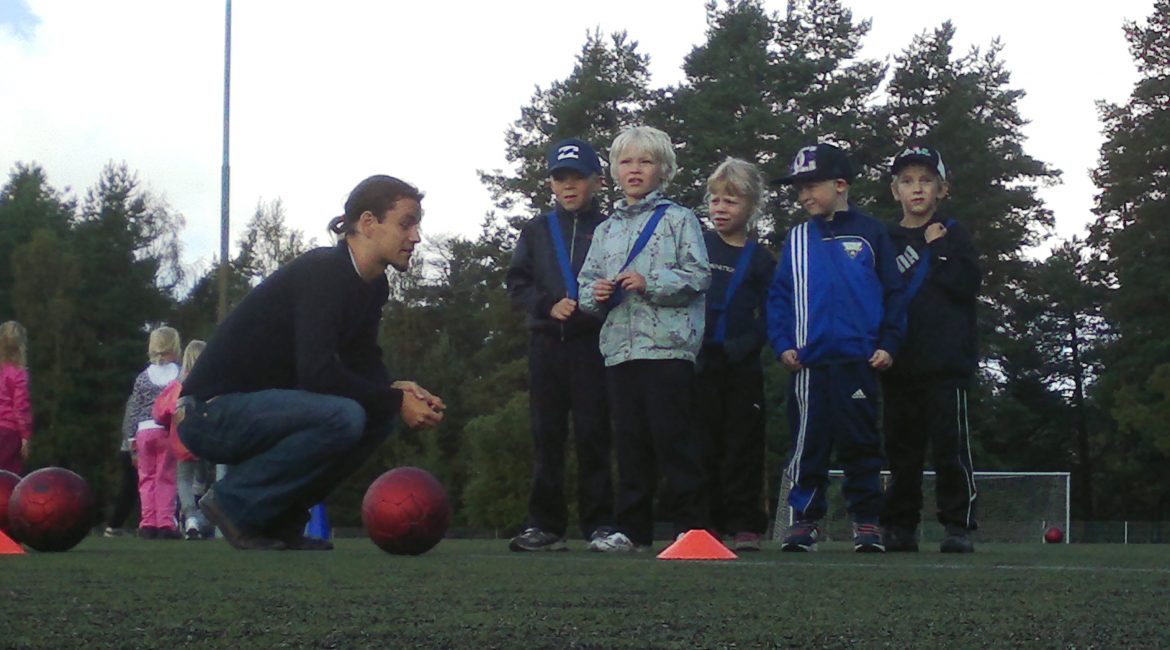 Friday the 24th of August proved to be a fun day for the kids at Lintulampi school. Eleven local sport clubs together with Lintulampi school staff within the Active School -project (Liikkuva koulu) organised an action filled morning for the pupils. JS Hercules was right there in the middle of the action introducing kids to football. Other clubs at the event were Kärpät (ice-hockey), Oulun Lippo (finnish baseball), ONMKY (basketball), Northern Lights (american football), Pohjantähti (orienteering), Oulun Merenkävijät (sailing), TaeKwon-Do Akatemia, Aikido Hokutokai, Budosura Oulun Musokai and Oulun Shakkikerho (chess).

JS Hercules had four points of action at the event. Goalie Jani Paananen was taken to the limits at the penalty shoot out point. Juho Syrjä and Timo Perälä entertained the kids at the accuracy shooting point. Pekka Haaranen releaved the secrets of football curling. Kids were transformed into crabs by Crab-Master Mikko Perälä as intense crab football matches took place. All in all, it was a fun day for the kids as well for the instructors.