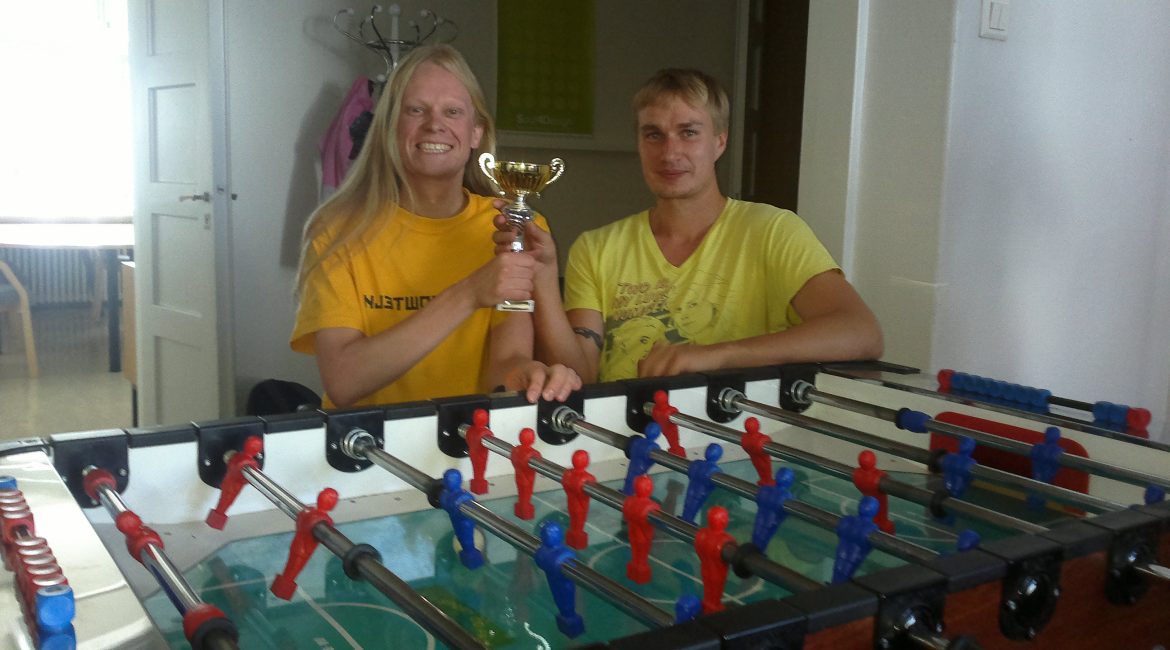 The first ever JS Hercules table football tournament August Classic 2012 started the Hercules Table Football League (HTFL) 2012-2013.  The August Classic 2012 was held on Sunday the 19th of August at the JS Hercules office. The battle for the August Classic Champion title 2012 and for the first seizing of the HTFL 2012-2013 trophy proved to be a walk in a park for the winners. Team Total Fussball (Mikko Perälä and Antti Karjaluoto) was unstoppable. Their speed and ball control skills were too much to handle for the other teams. Perälä and Karjaluoto won all their matches with clear margins. In the final game Team Tunarit (Soila Laurio – Juho Syrjä) gave the champions a scare with their good start, but couldn’t hold their form until the end. The third place went to Team Girl Power (Anu Perälä, Melissa) as they trashed the hot favourites Team Leyton Turska (Vesa Rautio – Hanne Vidgren) in the bronze medal match.