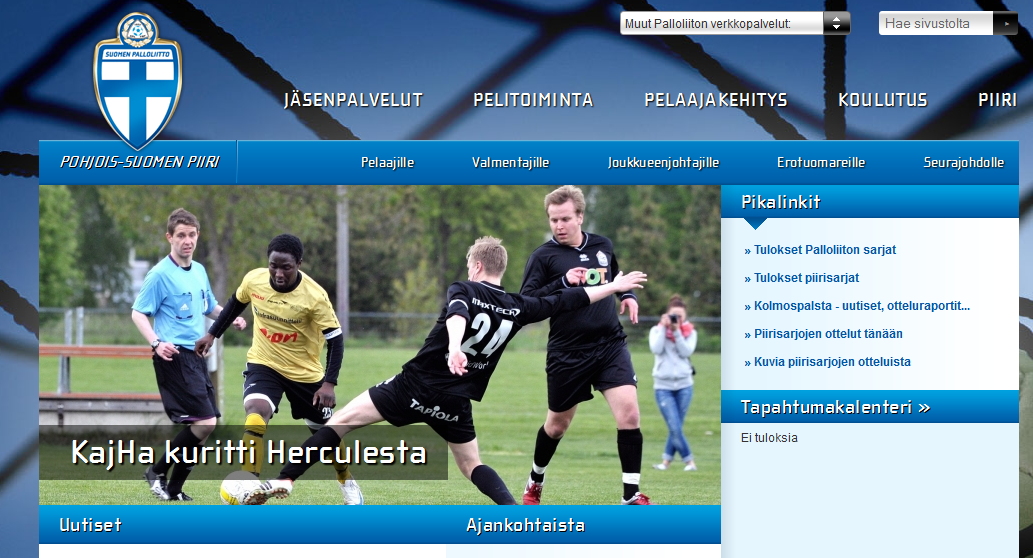 The important two weeks didn’t surely go as well as the JS Hercules 1st team players and the staff wanted. Out of five games during those 2 weeks, Herkku lost ’em all and put itself into a really ackward position regarding staying in the league. After 1-0 away lost to FC Muurola on last Saturday Hercules is second to last on the table and 9 points below the relegation line.  With 6 matches to go the distance seems to be a long one. Still, anything can happen and Hercules will surely fight against the relegation until the end.

Another thing that didn’t go as planned was the Haupa female team’s season. At the end of the second round Haupa informs of giving up the league this season. JS Hercules female team was supposed to have 2 more games against Haupa team, but now the few games remaining came evev fewer. Hopefully Haupa will get their ranks sorted out and will find more eager players for the nexr season.

Meanwhile Herkku-Papat have been consistent performers this season: 0 serious injuries so far to everyone’s suprise. 2 victories, 4 draws and 5 defeats puts old timers to the 6th positions with 3 more games to go.  For the rest of the season Herkku-Papat have an important role as a harasser: out of 3 top teams Herkku-Papat will face two. Will Herkku-Papat put some sticks between the wheels for promotion contenders, remains to be seen.